Rental with or without Skipper departing from Lavrio -main port 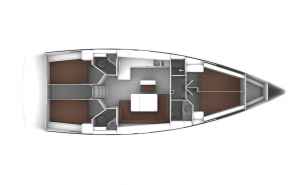 No major troubles and quick responces. No extra charges for small incidents (chain scraps on a keel, broken teacups, etc.). Base condition in Lavrion is ok for Greece (broken showers on the shore, as usual).
Cycladic itinerary offers lots of varieties. We followed the route Lavrion - Kythnos - Syros - Paros - Ios - Thira - Iraklia - Naxos - Serifos - Kythnos - Lavrion. Both anchor and port moorings are available at september till 4 p.m.. Note: 2 nights in Thira (Vlichada) was a lot of fun, of course. There are about 45 (!) catamarans going in/out 2 times a day, only a limited space on the outer quay (3-6 boats alongside). Had to re-moor 5 times for 36 hours, for 65 euro ;)). Not much problems with draft 1.8m, still touched sand bottom sometimes, very salty 'fresh' water, water eventually went out in the whole marina - we could not fill up in the morning.