6 reviews
Prestige 42 (2008)
Dubrovnik, Croatia (Croatia)
6 reviews
Availability & Price
loading...
Price and availabilities upon request. One of our advisors will contact you shortly. 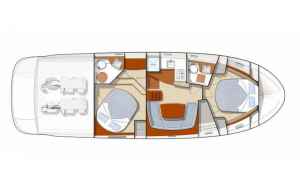 Very satisfied with the RIB and the excellent attitude of the employees throughout.

An awesome skipper and a great day!

Mato Kapetan Buconić was our skipper and he was excellent. Professional and knew the best places to take us. The boat was immaculate and the fridge stocked. It made for a perfect day.

Dubrovnik, located at the southern end of Dalmatia, is one of the most attractive cities of Croatia. The beauty of its coasts and clear warm waters make it an ideal destination for a cruise in Croatia. Moreover, ACI Marina Miho Pracat is one of the most beautiful marinas in the Adriatic. Dubrovnik is listed as a World Cultural Heritage site by UNESCO. Make a stopover in Dubrovnik and enjoy the very best of the Balkans.

On this very special trip, you will be crossing the croatian border and getting a taste of the montenegrin culture. Your departure point is Dubrovnik, a buzzing city in the south of croatia. This sailing route will take you down the coastline passing wonderful bays and harbours on the way. Let the ACI Marina staff in Dubrovnik get you set up and ensure that you have a safe and of course exciting boating adventure!